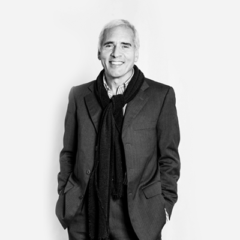 Raffaele Bracalenti became interested in psychoanalysis at the age of 19 when he first started assisting Sandro Gindro, well before he became a Physician in 1981. In fact, he soon commenced collaborating with  Prof. Gindro both in his research and clinical work.  In addition to the clinical use of psychoanalysis he has always been interested in its use in non clinical settings (schools, social services, communities): he has thus been involved in the training process of teachers, social workers and educators and the development of new social work models to be used in a variety of contexts.

He is a founding member of IPRS where he was vice president of the foundation until 2002. This year saw him become president after the death of the founder Sandro Gindro.

In the course of almost thirty years of research activity his areas of interest have mainly been: minors (minors and deviance from the law, bullying, school dropout, foreign minors), restorative justice, immigration, discrimination, racism.

He has held the position of Scientific Director and Coordinator in numerous National and European projects linked to childhood and adolescence, in the Daphne programs, DG Employment, Social Affairs and Inclusion; DG Home Affairs; DG Justice; DG Research (under the 7th framework program and currently under Horizon). He has also held the position of Director and Coordinator for issues such as; childhood, adolescence, migration and integration for the Presidency of the Council, the Ministry of Labor and the Ministry of the Interior. Furthermore, he has dealt with the numerous aspects regarding Juvenile Justice, developing strategies to help Juvenile Justice services and the health service share information and know-how.

During the academic year 2011-2012 he was a lecturer at the Catholic University of Milan. His lectures were part of the Psychology and Intercultural Development course run by the Department of Psychology and the Political and social Science Faculty (Bachelor degree). He has also been a lecturer and a member of the board for the academic year 2015-2016 on the second level remote learning Masters degree in Design and Development of Orientation and Placement Services in conjunction with the Department of Education Sciences of the University of Rome. His lectures regarded orientation techniques for “vulnerable groups”.